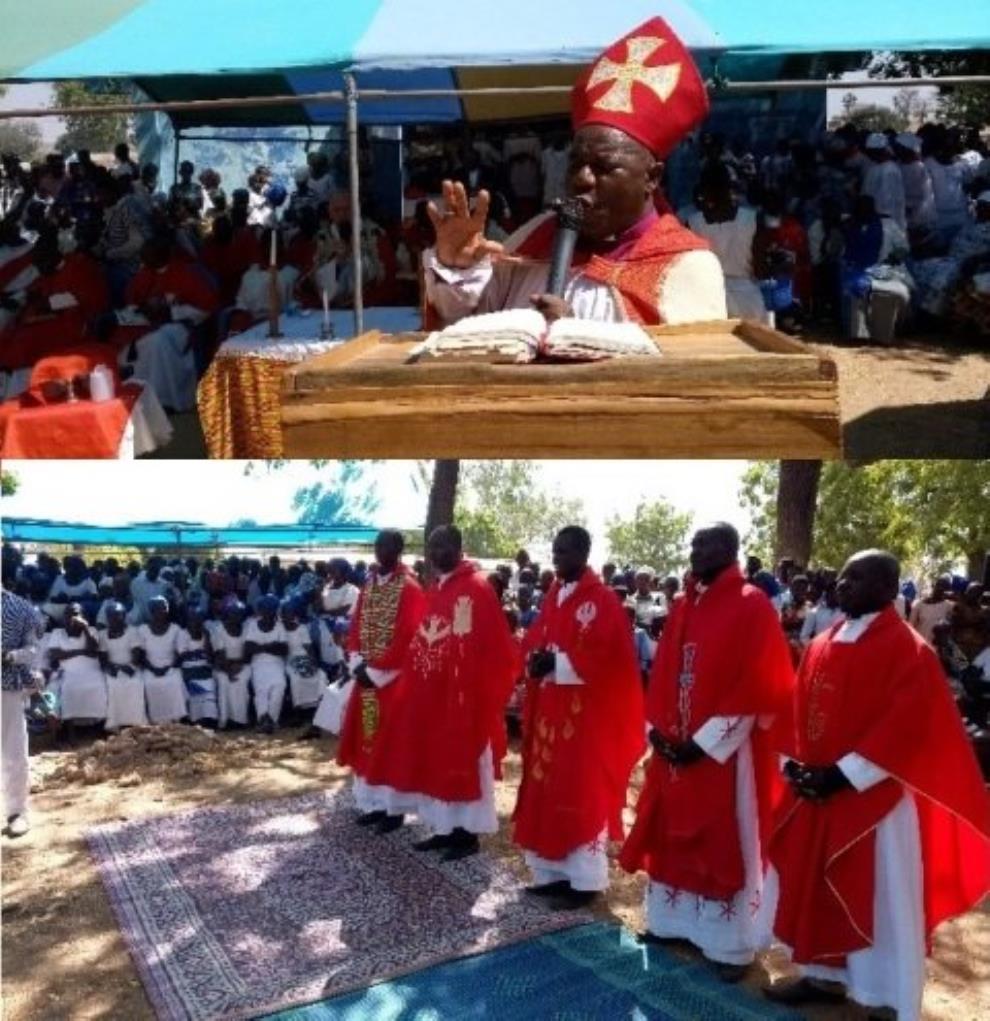 Men Of God Challenged To Stand Up For Biblical Pinciples 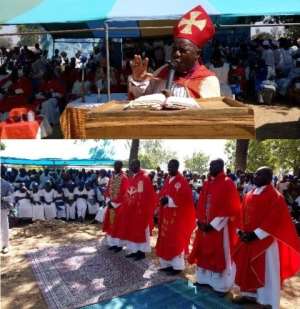 Right Reverend Dr. Jacob Kofi Ayeebo, Bishop of the Anglican Diocese of Tamale has called on the clergy to defend and stand by the principles of the Bible, and teach the word of God even if they are unpopular.

He said there were so many false doctrines in the world that were drawing the Disciples of Christ away, and noted that ‘Anglicans are vulnerable to their attacks because Anglicans today, including the clergy are not interested in studying the word of God’.

Bishop Ayeebo made the call when he delivered a sermon at the ordination ceremony of five Anglican Priests at Yelwoko in the Bawku West District of the Upper East Region.

The ordained Priests, whom the Bishop charged to proclaim by word and in deeds the gospel of the Lord Jesus Christ, because he had called them to share in his priesthood, and continue with his mission, included Reverend Albert Atibila, Reverend David Akurikiya, Reverend Michael Awini, Reverend Timothy Ayeebo and Reverend Wisdom Asuuga.

The Bishop said they were called and anointed to be light to nations, bring good news to the blind and comfort to the depressed. ‘Yours is to pronounce God’s blessings upon the people that you will be administering to. Your job is to teach sound doctrine so that the people of the Diocese will be able to defend themselves from false teachers,’ he added.

The Diocesan Bishop, who is also a former Member of the Council of State, said the tragedy of the world today was that some men of God were not different from those who were hired servants whom Jesus spoke about in the book of John chapter 10 verse 12.

‘They seek their own comfort instead of feeding the flock, they protect themselves and run away from trouble, instead of defending and warning the flock of danger, they do not want to cause controversy and so they preach what the people wanted to hear instead of what God has declared to them to say,’ he said.

He counselled the newly ordained Priests to teach and preach the truth about the Lord Jesus Christ and added that ‘you are called to teach what you were taught at the seminary, to spread the knowledge of Jesus Christ.’

Bishop Ayeebo observed that Ghana and the world at large were faced with immorality characterized by the lack of patriotism, lawlessness, poverty, and diseases which were on the increase, while economic exploitation, bribery and corruption, and tribalism continued to plague social relations.

He noted that misuse of public office was common, ‘we see leaders and politicians misusing the nation’s resources for their private gain and abuse those below them. Elderly people lament about children they fail to control, and the youth complain of lack of examples from older members of the society.’

The Bishop further observed that there was a gradual disregard for the authoritative role of scripture in life and in moral choices, ‘these and many other social issues are the context of your ministry; the contexts in which God has called you to be ordained into the priesthood.’

He urged the new Priests to be good leaders to their followers and to direct the people on godly paths, and leave exemplary lives so that their members can follow. ‘Ministry without character, integrity, morality is only a religious activity, it will not last,’ The Bishop emphasized.