Ministry of Foreign Affairs dimisses reports on deportation of Ghanaians 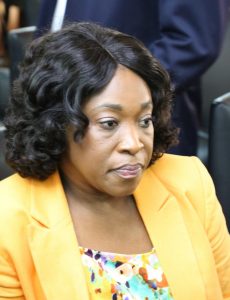 The Ministry of Foreign Affairs and Regional Integration has dismissed reports being circulated in the media that the Minister, Shirley Ayorkor Botchwey, has sanctioned the deportation to Ghana of undocumented Ghanaians residing abroad.

A statement from the ministry said there was no truth in those allegations and urged the public to disregard such reports.

“The ministry wishes to point out that these are untrue and cruel attempts being made by some unpatriotic elements to twist the responses given by the minister, when she appeared before the Appointment Committee of Parliament”

“The ministry wishes to point out that seeking and protecting the welfare of Ghanaians abroad is one of the cardinal principles of Ghana’s foreign policy,” it said.

It said the minister had pledged her commitment to protect Ghanaians living abroad and ensure that they were treated in a humane manner whenever the need arose.

The statement indicated that the minister had promised to appeal to Ghanaians living abroad to come home to assist whenever they could and had never expressed any commitment to get them deported.

“The ministry has not issued any directive for the deportation of Ghanaians living abroad. The general public is therefore entreated to disregard those negative reports which seek to malign the minister,” it said.