BREAKING NEWS
GMT+2 04:05
Home General News I did not give money to anyone- Osie Owusu testifies befor Ad hoc C’ttee 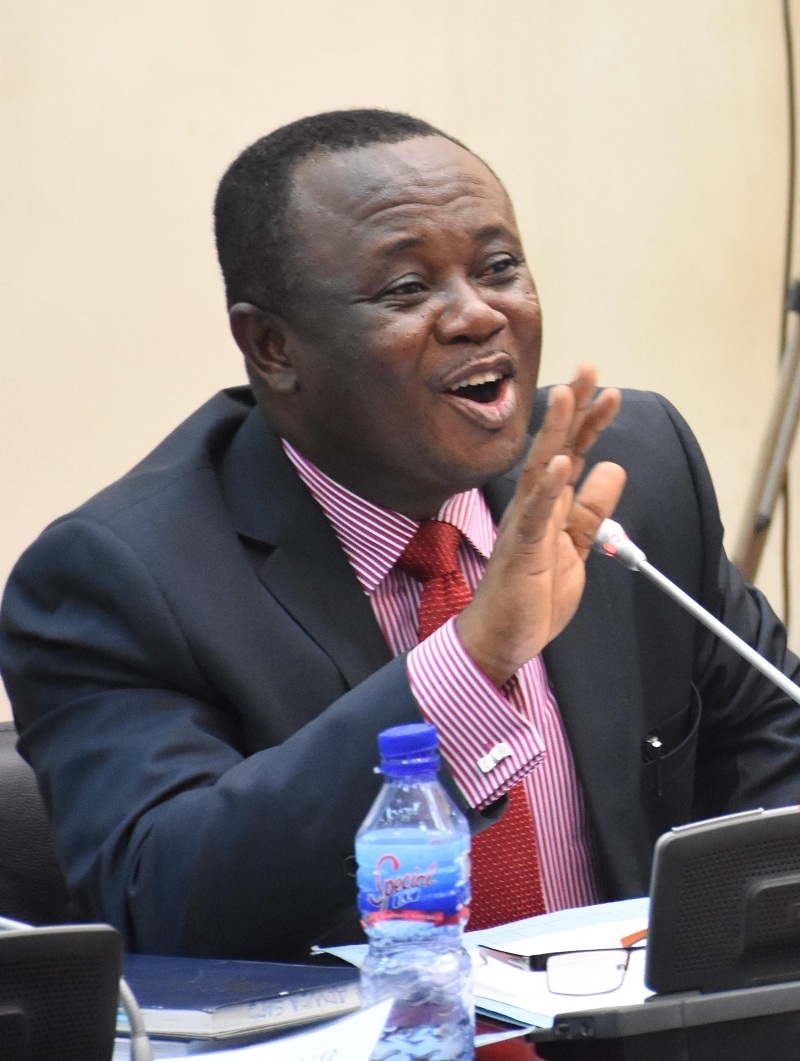 The Bekwai MP has reiterated his innocence in the matter and urged the Committee to do all it could to establish the veracity of the allegations.

Mr. Joe Osei-Owusu has been accused by the Bawku Central MP, Mr. Mahama Ayariga, for attempting to bribe Minority caucus members on the Committee to approve by consensus the nomination of then Energy Minister-designate, Mr. Boakye Agyarko.

According to Mr. Ayariga, Mr. Agyarko tried bribing each member of the minority side with GH¢3,000 each through Mr. Osei-Owusu, for smooth passage, when recommendations on his approval had hit a snag.

But, Mr. Osei-Owusu, Mr. Agyarko and Alhaji Mohammed Muntaka Mubarak, the Minority Chief Whip, who was said to have been used to deliver the money to the minority caucus on the committee, have all denied the allegation.

Appearing before the Special Purpose Committee in Parliament yesterday, Mr. Osei-Owusu, the first to face the committee, said the claims initially appeared to him as a joke.

Other witnesses key to the matter, Mr. Ayariga, Mr. Boakye Agyarko and Samuel Okudzeto Ablakwa are expected to face the committee tomorrow.

Narrating the sequence of event, Mr. Osei-Owusu said when he was just about tabling the Committee’s report on Friday 27, January 2017, for approval, the Minority Leader called for “conclave meeting” to discuss the possibility of approving Mr. Agyarko and then Senior Minister-designate without taking a vote on them after there was a disagreement on the two.

In that meeting, Boakye Agyarko was offered an opportunity to re-phrase comments he made at his vetting which were deemed improper by the Minority MPs.

He said after the meeting with Mr. Agyarko, he raised concerns with publications that he had given monies to Minority Chief Whip, Muntaka Mubarak, for onward distribution to minority MPs.

He said when they were about leaving, he alerted his colleagues that the allegation was rife hence the need to address them.

At this point, “all the minority members said Mr. Speaker take your time, cool down, cool down” he recalled.

This was when the North Tongu MP Okudzeto Ablakwa explained that the allegation was made up to square attacks on John Mahama as corrupt, he said.

At this juncture, Mr. Osei-Owusu said he thought the matter was over because of what Mr. Ablakwa had said.

He however expressed his shock at the turn of events the next day when Mr. Ayariga was heard on air stressing the allegation of bribery was true and said he had since taken the matter serious and would want his name cleared.

Asked by the Chairman of the Committee, Mr. Joe Ghartey, if the Appointments Committee accepts “considerations from nominees,” Mr. Osei-O wusu said “no.”