A group called Press Foundation is set to go on a nationwide demonstration tagged “Save Ghana Football” to express their concern to Government to follow due process and prosecute all offenders found in the investigative piece that will be aired for the general Public next month.

The most talked about topic in the country in recent weeks has to do with the Documentary that the most feared journalist in Africa, Anas Aremeyaw Anas is set to premiere on the 6th of June 2018.

The piece which has been described by Kwaku Baako as an explosive piece that will tarnish the image of people involved is reported to be circled around football and politics.

Just this week, President of the country His Excellency Nana Addo Dankwa Akuffo Addo after watching the video forwarded a complaint to the Criminal Investigation Department (CID) of the Ghana Police Service regarding the president of the Ghana Football Association, Kwasi Nyantakyi using his name in an unlawful manner.

Following the complaints, the CID arrested the FA boss who doubles as a FIFA Council Member on grounds of defrauding by false pretense.

Former Ashanti Regional GJA Chairman Mr Listowell Awambe Burkason, who is an integral member of the Press Foundation planning to carry out the Nationwide Demonstration after the “Number 12” video is released.

Speaking to Accra based Atinka FM, he reiterated that, if care is not taken, the system will not be fair in the cases of people who will be caught up in the video.

He further commended Anas for his works, particularly the latest “Number 12” documentary which many are predicting to bring sanity to the Ghana Football Association and Ghana Football in General.

According to him, Ghanaians and anyone who has interest in the improvement of Ghana Football should rise up and help in the fight of Justice and uprooting of rot in the circle.

The state of teams in the league is poor, likewise Ghana Football in general so it is about time we do something about it.

“For the first time we have evidence that is impeccable so it is time Ghanaians rise up and tell everyone and the Government that we need to save Ghana Football”, he said.

The first of the demonstrations will come on on the 8th June 2018 after the airing on the Documentary in Accra. 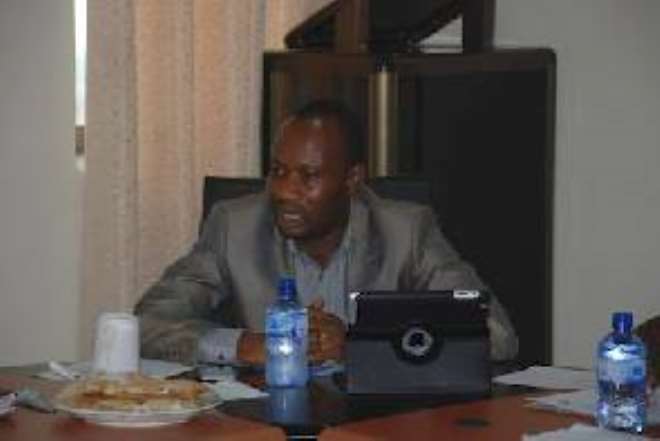