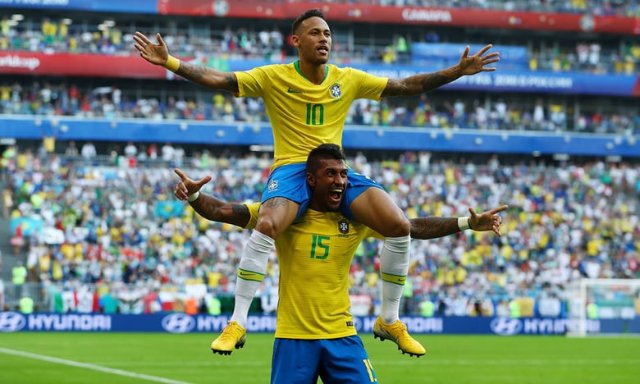 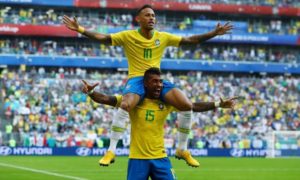 Neymar scored one goal and played a key role in the second as Brazil beat Mexico in Samara to reach the quarter-finals of the World Cup.

Paris St-Germain forward Neymar started the move for the opener with a backheel on the edge of the area, before sliding in at the back post to turn home Willian’s low cross.

Then, two minutes from time, he had a shot diverted into the path of Roberto Firmino, and the Liverpool striker converted from close range.