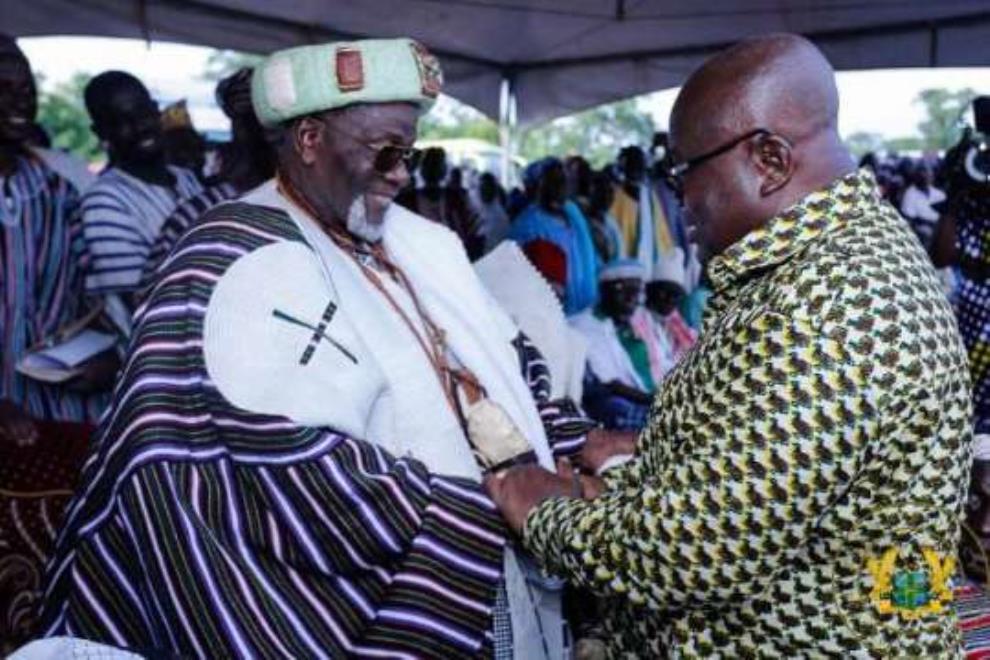 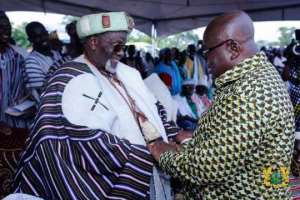 President Nana Addo Dankwa Akufo-Addo on Sunday launched the one village, one dam (1V1D) program in Savelugu with a call for peace and unity in Dagbon for development.

President Nana Akufo-Addo said the various flagship programmes of the NPP Government would be meaningless if there was no peace and unity in the country for people to derive the needed benefits.

“We need the support of Ghanaians for these initiatives, the one village one dam, planting for food and jobs, one constituency one million dollars and one district one factory to succeed to improve the economic livelihood of the people,” he said.

He said he would consider the requests of the people of Savelugu for the construction of an ultra modern hospital and teacher training college to improve healthcare delivery and education.

He thank the Yoo Naa Abukari Mahama for making available vast land for the construction of the proposed hospital and the teacher training college saying, “This shows you are development oriented”.

The Yoo Naa Abukari Mahama, Chief of Savelugu, commended the President for performing a function to formally begin work on the Government’s maiden policy of One Village One Dam, which was important to the people of Savelugu Municipality, Northern Region and Ghana as a whole.

“I am extremely happy that today I am hosting the number one gentleman of the land in my traditional area,” and that the occasion was not a coincidence, but rather a deliberate approach by the Government of the NPP to bring development and prosperity to the people of Savelugu.

He said, “I remember vividly under the last term of former President Kufuor, the Millennium Challenge Account, which was for the benefit of the entire country was brought here and inaugurated before the people of Savelugu, therefore we are very grateful to you and the NPP Government for once again letting us enjoy the privilege of inaugurating and cutting- sod for the One Village One Dam program to take off in this part of the country.

He called for the need to ensure that the ownership and use of land resources resulted in optimum benefits to the people of the country.

He expressed the hope that the program when fully implemented, would reach out to more farmers to be engaged in all year round farming in the Municipality, which would have a trickling down effect that would help alleviate poverty and encourage economic activities in the Municipality.