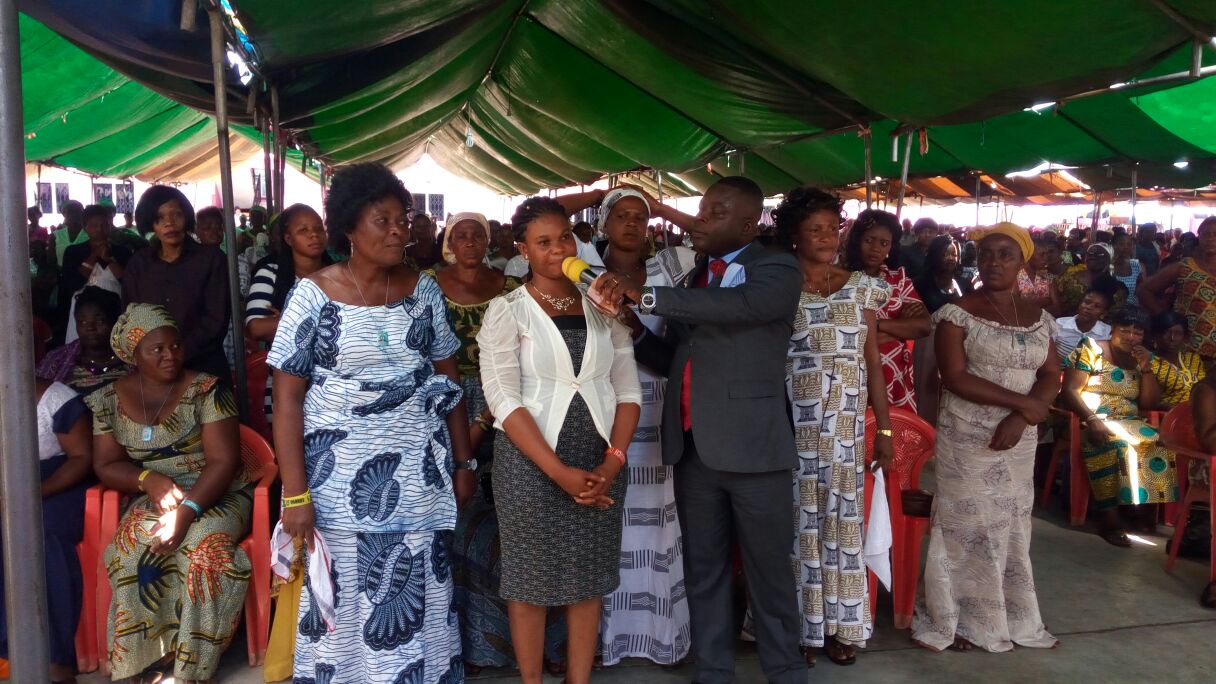 Photos:Bishop Obinim vanishes with a lady awaiting death in Saudi Arabia to Ghana 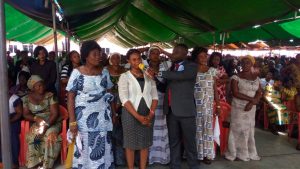 SHARE TWEET SHARE EMAIL COMMENTS The story of Paul and Silas has repeated itself, this time no prison was broke into but the Angel of God saved a young lady locked up in a strange land Joyce Adjeley, a Ghanaian was locked up awaiting death at Al Qasim in the Saudi Arabia, she reveals the Founder and General Overseer of International God’s Way Church, Bishop Dr Daniel Obinim in and Angelic form vanished with her from Saudi Arabia to Ghana. Narrating her chilling story, Joyce Adjeley, a lady in her twenties said somewhere in April 2016 she was, recruited by a travel agency to work as a house help at Al Qasim in Saudi Arabia. She discloses, when she arrived in the country she was given an additional job as a waitress in a restaurant. According to her the job was very hard and she had just one hour to rest in a day. She said she was being drained by the two jobs so she informed her employer she want to quit one of the jobs. A request which did not go down well with her employer who claimed to have paid 20,000 ghana cedis to her agent. Also Read Work for NDC and kiss your career goodbye – Lucky Mensah Joyce Adjeley reveals she insisted to quit the job and her employer who at time had her traveling passport in his possession locked her up in her room for days and threatened to burn her alive. She said she wept for days with no help at sight so she was waiting for her death like a lamb being prepared to the abattoir. According the latter she had a phone on her so she called her foster mother. The mother who was in destress met Bishop Dr Daniel Obinim at emergency prayer room for a divine intervention.She narrated her daughters ordeal to him. Bishop Obinim promised Jesus Christ will intervene. According Joyce Adjeley, after her mother was done with oil direction from Bishop Obinim, she (Joyce Adjeley) dreamt and Bishop Obinim appeared in her dream and told her the mother has told him of her predicament so he is there to help her. Joyce reveals Bishop Obinim asked her to park her belongings which she did. She said Bishop took her to the airport and boarded a flight with her. Joyce disclosed, she slept in the flight and woke up from the dream to see herself at Kotoka International Airport in Ghana. Also Read Montie 3 were used to stop other possible offenders – Lydia Forson Joyce said she couldn’t believe what has happened to her and still thinks she is a in dream. The testimony doumbfounded the entire congregation Tema IGWC who stood on their feet in amazement to listen to the testimony being repeated a number of times. We will bring you a video and pictorial documentary on this story. Credit:gospelreviewgh.com