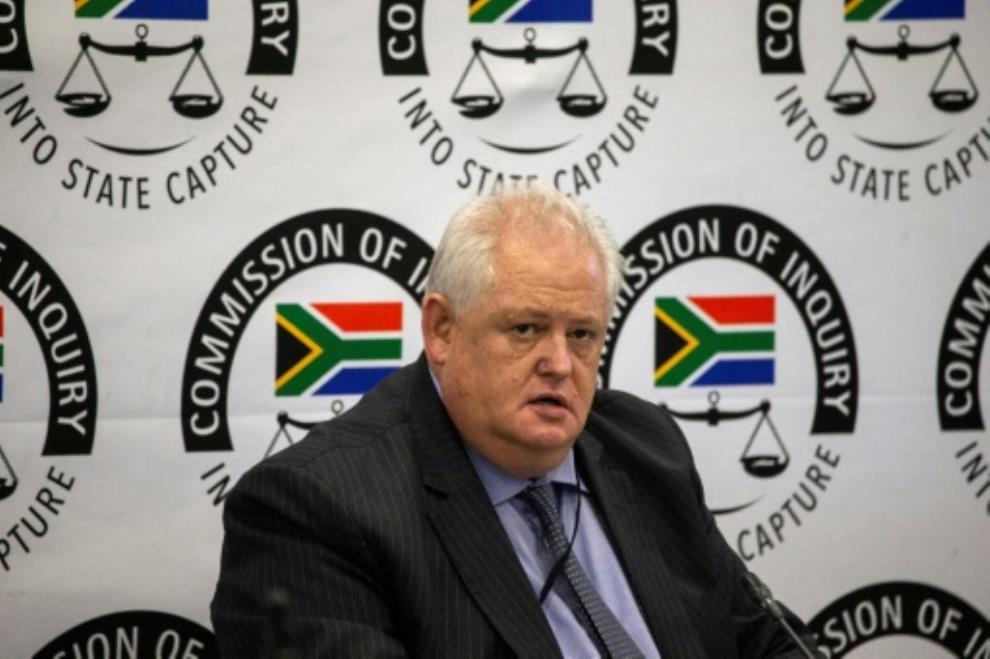 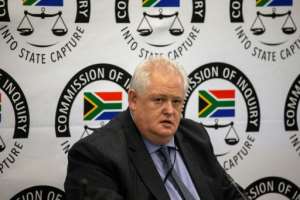 Angelo Agrizzi, the former operations head of the security firm once known as Bosasa, has given damning testimony about the bribes the company paid to South African ministers, elected officials and high-ranking officials of the ruling ANC party. By WIKUS DE WET (AFP/File)

The chief witness at South Africa’s judicial enquiry into corruption during the government of former President Jacob Zuma was destabilised Tuesday by an audio recording where he racially insulted two of his former black colleagues.

For over a week, Angelo Agrizzi, the former operations head of the security firm once known as Bosasa, has given damning testimony about the bribes the company paid to ministers, elected officials and high-ranking officials of the ruling African National Congress (ANC) over years.

On his last day on the stand, Agrizzi’s testimony lost momentum when prosecutors at the commission played parts of a three-hour-long recording where he described two of his former colleagues as “kaffir”.

The outlawed word was the most insulting term used to designate blacks under the apartheid regime.

“I am a racist I admit, you can judge me on that it’s fine,” Agrizzi said. “I’m embarrassed of myself, I’m ashamed of myself for ever doing that. Please, understand the context – no sleep, I was beside myself, and I’m not gonna make excuses.”

While he admitted that he is a racist, Agrizzi categorically refuted the idea his evidence before the commission was motivated by racism.

The witness apologised to Zondo before the clip was played by Advocate Paul Pretorius.

“What you have said there, was extremely offensive, totally unacceptable,” Judge Raymond Zondo told Agrizzi.

“But, that does not mean that I will not examine your evidence and see where you may or may not be speaking the truth.”

In an unprecedented move in 2018, the courts sentenced a white real estate agent, Vicki Momberg, to two years in prison for using “kaffir” to refer to black police officers.