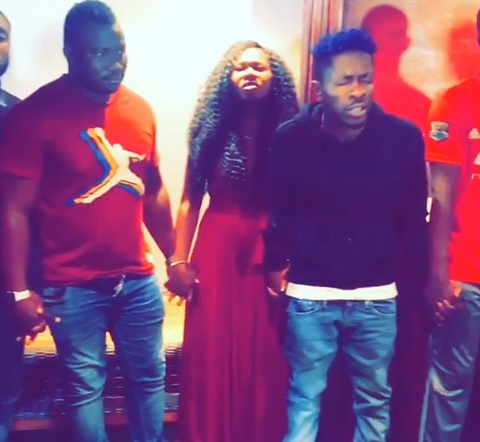 Shatta Wale leads movement to pray against his death 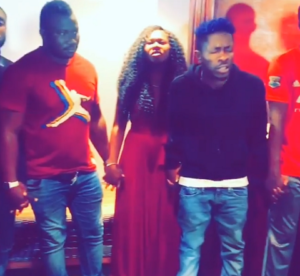 While most celebrities were at recreational centers enjoying this year’s Valentine’s Day on Wednesday, Shatta Wale born Charle Nii Armah Mensah decided to go before the Lord in prayer over prophecies he will die by close of 2018.

The self-acclaimed dancehall king who has been on the neck of religious leaders following some ‘prophetic’ pronouncements on his life.

Shatta Wale threatened to burn down churches if he does not die by close of 2018, leading his team to pray fervently against all premature deaths.

He described the prophecies and prophets as fake indicating that the spirit that lives in him is bigger than what’s in the world, because his “God no dey doze, He no dey go vacation”.

According to him, Pastors have used several dubious means to get away with monies belonging to people and have broken several homes.

He indicated that Ghanaians who have been duped by so-called Pastors and have left them very poor and devastated should speak up because it is high time they shame Pastors who have taken advantage of their gullibility to enrich themselves.

But he appears to be backtracking on his latest threats and has now resorted to prayer.