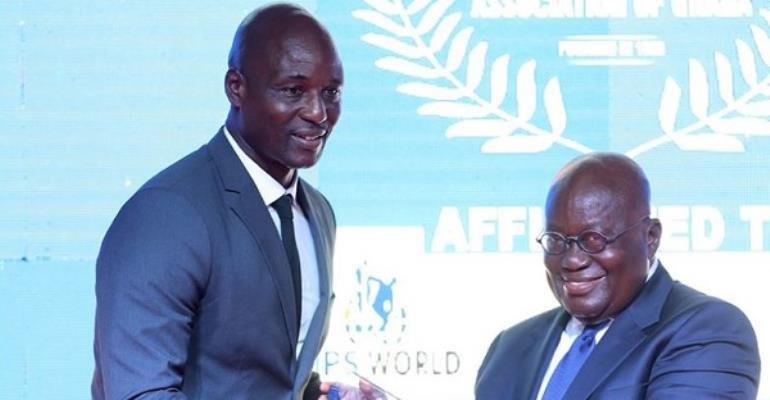 The Ghana Football Association is in the process of being liquidated after the rot and corruption in the game was undercovered by investigative journalist Anas Aremeyaw Anas.

Mr Nyantakyi subsequently resigned as GFA boss on June 8 leaving a leadership vacuum at the body.

Even before the GFA is completely dissolved, Mr Otchere-Darko has in a Facebook post named Baffoe as the best Ghanaian to lead the reformation of the GFA.

Describing Baffoe as a patriot, he stated that the former Fortuna Köln defender was decent, disciplined and not corrupt.

Baffoe served as a FIFA Match Coordinator at the just-ended 2018 FIFA World Cup in Russia and is the General Secretary of the Professional Footballers Association of Ghana.