At least two people have been reported killed, several injured and a number of houses burnt down in a chieftaincy-related clash that rocked Bolgatanga, the Upper East regional capital, Saturday night.

“Everybody is inside their rooms as I speak to you. I peeped through my windows and saw thick smokes going up from some houses. The Fire Service blew their siren through our area. At a point I saw soldiers and police rescuing people. But I saw them carrying one person with blood all over his body. I believe he was shot dead by those fighting,” a resident told Starr News last night on the telephone. 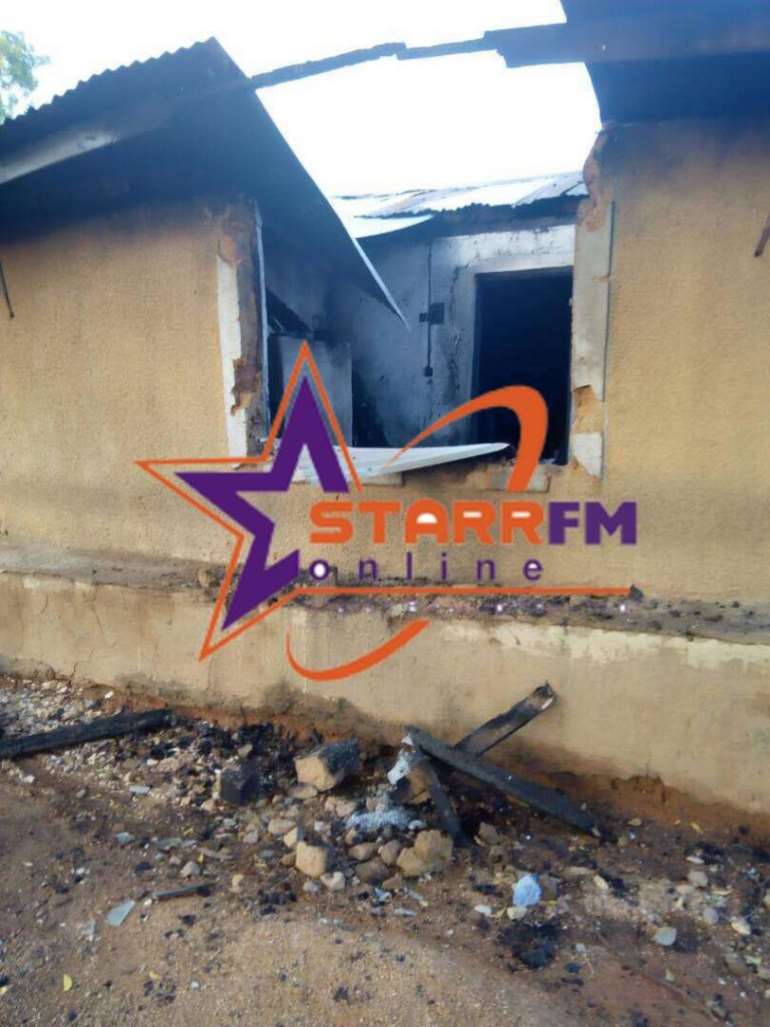 Houses burnt still uncounted for
Gunshots, too numerous to count, were fired within Atulbabisi, the commercial core of the regional capital where two factions from the same family have remained locked in a tense struggle over a chieftaincy title. Military and police patrols have been intensified in the troubled area as the surviving victims of the latest faceoff mourn their losses.

Alleged cause of Saturday’s clash
The latest bloody phase of the conflict, in what has doubled the soldiers stationed at every corner of Atulbabisi with guns pointing down as military vessels wheel slowly through the streets, has been linked to some comments passed over the use of a royal cemetery by somebody suspected of sympathies to one of the feuding factions.

Some burial rituals, according to sources, were held Saturday at the said cemetery for a young man who died on one side of the chieftaincy divide. Whilst the mourners were returning from the walled graveyard, somebody from the other faction reportedly hurled abuses at them- allegedly saying the loss was well deserved for their evil deeds. 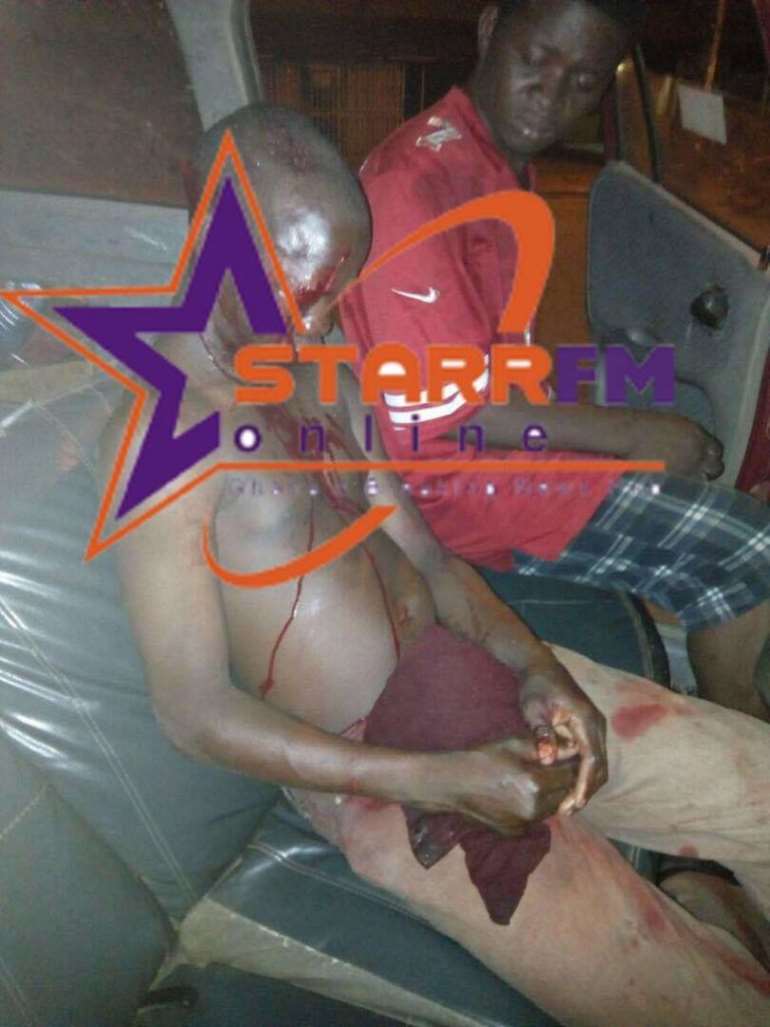 One of the victims of the clash
“Even though they’ve buried the person, there are some rituals they also organised for the person at the cemetery. They performed his funeral today and went to the cemetery to also perform the burial formalities. The person saw them coming and said, ‘That is how they do questionable things and die mysteriously in return’. Later, two men went to his house and asked the owners of the house to evict him. They warned that nobody should blame them if they did not tell him to pack out of the house.

“So, this night, I saw two guys around that house. I was inside with a friend when all of sudden we heard gunshots. They were firing by heart. There was exchange of fire. Later we heard the siren of the police. I saw that they carried somebody into the police ambulance. The way they carried the person, if he was not dead, then he was seriously injured. This area has become something else,” a resident of the area said.

“We have deployed everything”- Police

The protracted dispute, said to have emerged in the 1970s and was well managed for decades, escalated after the former Paramount Chief of Bolgatanga, Naba Martin Adongo Abilba III, passed away late in 2013. 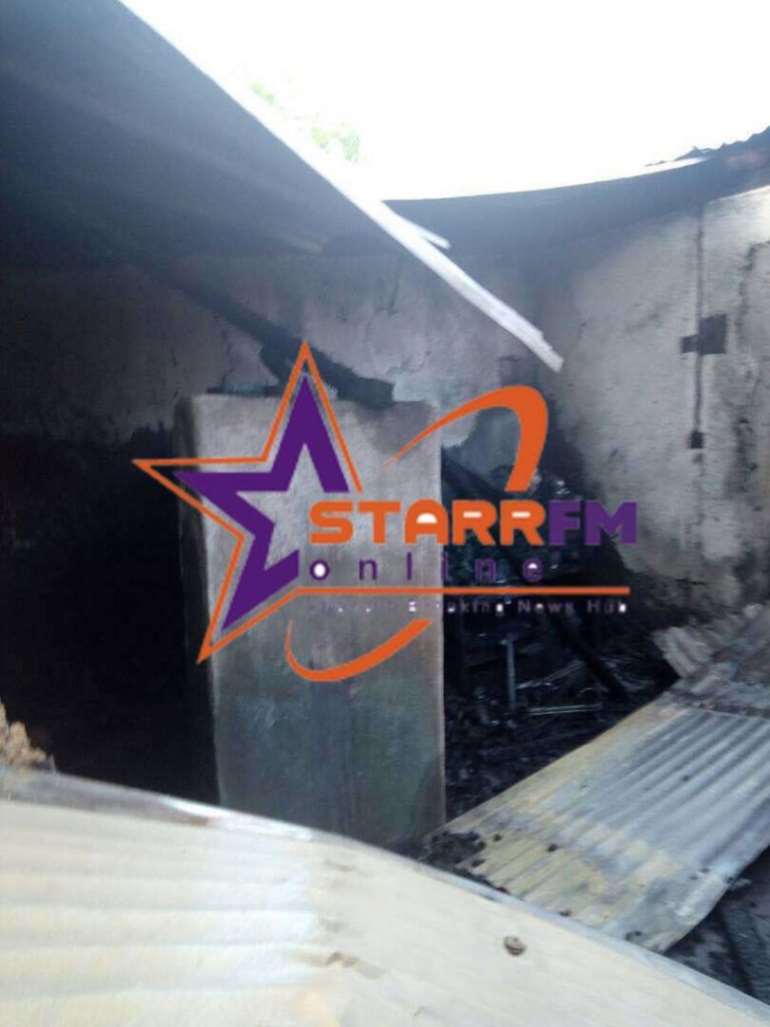 Worth of properties damaged still unknown
The family became sharply divided once again, either side going the way it deemed fit to choose a successor. Whilst the conflict has remained a subject of tussle before the House of Chiefs and the court of law, there have been periodic bloody clashes between both factions despite the mounting of military tents in that commercial enclave of the regional capital.

“We have deployed everything with the military and police personnel to the area. The Fire Service is also on the ground. As at now, I’m here on the ground. I have not gone home yet,” the Municipal Police Commander, Superintendent Samuel Punobyin, told Starr News at midnight Saturday.