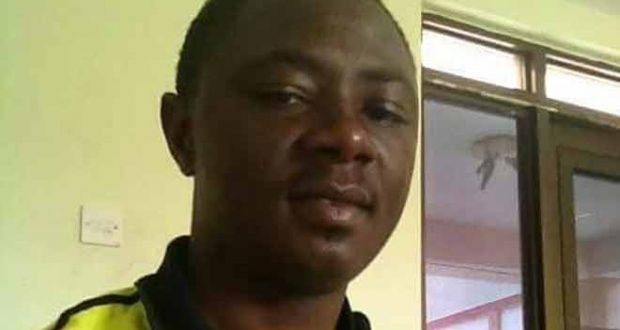 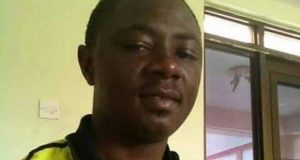 The Finance Director of the Electoral Commission (EC) Dr Joseph Kwaku Asamoah, according to information gotten by ClassFMonline.com, has received death threats from one Bashiru via his mobile phone.

Bashiru warned Dr Asamoah to stop helping other commissioners of the EC to frustrate Mrs Charlotte Osei, chair of the election management body or he would have himself to blame.

Information reaching ClassFMonline.com indicate that Dr Asamoah received the threat on his mobile phone on Sunday, 9 July 2017 while on his way from work. He immediately reported the case to the Cantonment police station for protection.

A police response sighted by ClassFMonline.com dated 9 July 2017, reads: “Dr Joseph Kweku Asamoah, Director of Finance, Electoral Commission of Ghana on cell phone number 02******** came to the charge office and reported that today at about 3:38pm, while on his way from work, on reaching a portion of the road at Spintex, he received a text message from one Bashiru via MTN number 0241185406 stating that: ‘I hope you are Dr Asamoah of EC. We will kill you if you continue to help EC Commissioner to frustrate Madam Charlotte Osei. You think you are difficult and strict. By the time we finish with you and your family, you will see a nonsense of yourself. We are monitoring you and soon you shall see. Bashiru and Boys’, as such wanted police assistance.”

ClassFMonline.com learnt from reliable sources that an extract of the incident was prepared by the Cantonment police station and handed over to Dr Asamoah to be sent to Baastona police station for further assistance.

It is recalled that Dr Asamoah had stated that he would not proceed on leave following a directive from the Economic and Organised Crime Office (EOCO) for him to do so to enable EOCO investigate him and two other top officials of the EC over some missing GHS480,000 – eight months of workers’ contributions.

The money was allegedly withdrawn from the Endowment Fund of the election management body between 2012 and 2013 by the three officials during the tenure of retired EC Chair Dr Kwadwo Afari Gyan and used for official business pertaining to the commission.

Investigations by Class News suggest they were expected to have reimbursed the Fund before Dr Afari Gyan’s exit from office but did not do so until Mrs Osei took office upon her predecessor’s retirement.

Acting Executive Director of EOCO, ACP K. K Amoah (Rtd), in a letter written to the EC Chair dated 4 July, 2017, said: “This office would be grateful if you could direct the officers listed above to proceed on leave while investigations proceed.”

In compliance with EOCO’s request, Mrs Osei, who resumed worked on Wednesday 5 July, 2017, wrote to the three officers saying: “As you are aware, the Economic and Organised Crimes Office (EOCO) is investigating the loss of about GHS480,000 from the staff Endowment Fund. Pursuant to this investigation, EOCO has requested that I direct you to proceed on leave while the investigation proceeds. This is to ensure the integrity of the investigation. During the period of your leave, please be advised that you are not to undertake any business on behalf of the commission or access any information from the commission until the investigations are concluded. By this letter, may I ask you to proceed on leave immediately.”

But the Director of Finance in a response letter said: “I wish to acknowledge receipt of your letter dated 5 July directing me to proceed on leave pending the EOCO investigation into an alleged loss of about GHS480,000 from the staff Endowment Fund. As you are aware, I wish to state on record again that I was neither at post as Director of Finance nor was I in any position to influence management’s decision regarding financial administration of the Endowment Fund during the period of the alleged loss. I am, therefore, in no position to influence the integrity of the investigation as stated in your letter while at post since I have no involvement in the alleged loss. Madam, assuming without admitting that officers who inherit problems they have no knowledge of from their predecessor are made to proceed on leave, then on the principle of fairness, all management staff in the same position must equally proceed on leave. I wish to courteously submit that subsequent to my assumption of duty as Director of Finance, there has not been any incident of the same or similar nature.”

In response to Dr Asamoah’s letter, the EC Chair warned him via another letter to comply with the directive to proceed on leave in order to avoid sanctions.

In a letter dated 7 July 2017 addressed to Dr Asamoah signed by the EC Chair and sighted by ClassFMonline.com, Mrs Osei asked Dr Asamoah to “kindly note that the letter directing you to proceed on leave was as a result of the directive received from the Economic and Organised Crime Office (EOCO) dated July 4, 2017”.

She said in complying with the directive, “I was mindful of the provisions of the EOCO Act, 2010 (Act 804)” which state:

1. The office may conduct investigations in conjunction with security agencies and other persons

2. An officer of a public agency shall cooperate with officers of the office in the performance of functions under this Act

3. A public officer who refuses or fails without reasonable cause to cooperate with an authorised officer of the office commits an offence and is liable on summary conviction to a fine of not less than 50 penalty units or to a term of imprisonment of not more than three months or both.”

She, therefore, admonished Dr Asamoah to be guided accordingly.