Wizbang Imc set to release his baddest tune alongside a video, features Luther 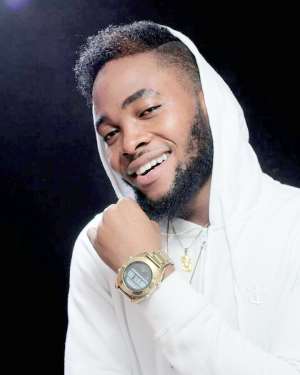 Dickson Djaba who goes by the Stage name Wizbang Imc aka (Wizzi Gh) is a Hip Pop/Pop Style/Afropop/Rap Music, songwriter and Revolution Activist based in Kumasi.

He hails from Bevego (Ketu North) in the Volta Religion, he schooled in Anlo SHS where he gained prominence. At the senior high school, he performed at the schools entertainment programs and other inter – school activities. Wizbang Imc is a young versatile and very controversial Artistes which makes him unique in his way.

He performed on the following stages as well,
Volta presenters and DJ Awards 2013, Anloga SHS old school re-union, Anloga salafest and other shows around volta. These shows presented acts like Stonebwoy, Ebony, Yaa Pono, Loa and many others.

In Accra, Wizbang performed on many platforms including Mr and Mrs SHS at the National Theatre, Ages and freinds concert, shows at Kumasi, and at Tema.

He is set to release his baddest tune which comes along with a video being sponsored by Bossman entertainment label which features the variant Artistes of our time ‘Luther’ titled Nedzina in Ewe Language, which means (your desire or want).

He disclosed, “am in to produce good music to motivate my fans, watch out for bigger collaborations this 2018”.