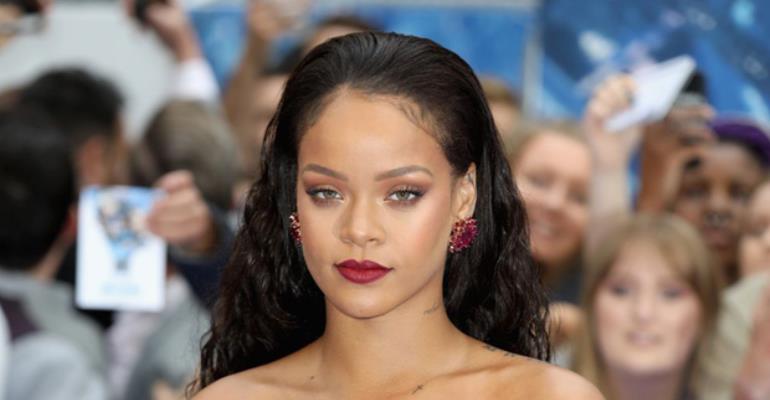 Photo of Rihanna modeling her Savage x Fenty fashion line had just about all of her Instagramfollowers in their feelings over the weekend.

The sultry posts racked up over millions of likes and thousands of comments, including some fellow artists.

One face fans were unhappy to see in the comments was RiRi’s ex-boyfriend Chris Brown, and they took to social media to voice their displeasure on Sunday (Nov. 25).

Chris dropped off a flushed emoji in the comments of Rihanna’s topless photo, which upset members of the Navy.