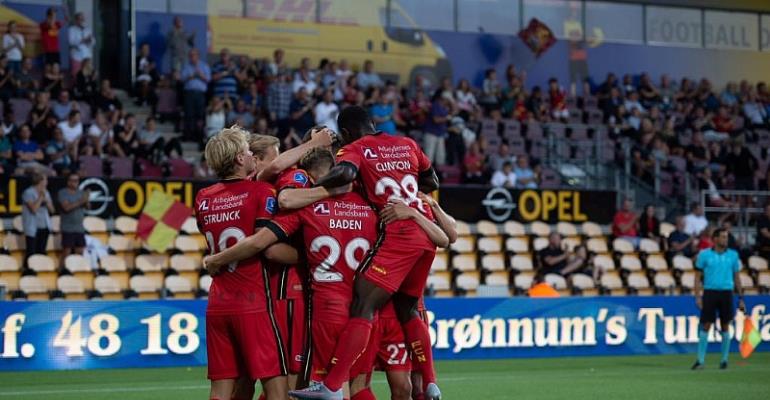 Ghanaian youngsters Clinton Antwi and Ibrahim Sadiq made their Europa Cup debut for FC Nordsjælland on Thursday night as the club progressed to the second round.

FC Nordsjælland beat Northern Ireland club Clintonville 2-1 to set up a clash with AIK Stockholm in the second round of the qualifiers.

The visitors took the lead through Joe Gormley in the sixth minute from the spot before Ghanaian forward Godsway Donyoh levelled after coming on in the second half. He replaced former Ghana U-17 forward Ibrahim Sadiq in the second half.

The Danish club took the lead through Andreas Skov Olsen with seven minutes to end the game.

Defender Clinton Antwi, 18, played full throttle as the club secured victory against the Irish side.

Ibrahim Sadiq joined FC Nordsjælland in the summer after some outstanding performances at the Africa Junior Championship and FIFA U-17 World Cup last year.