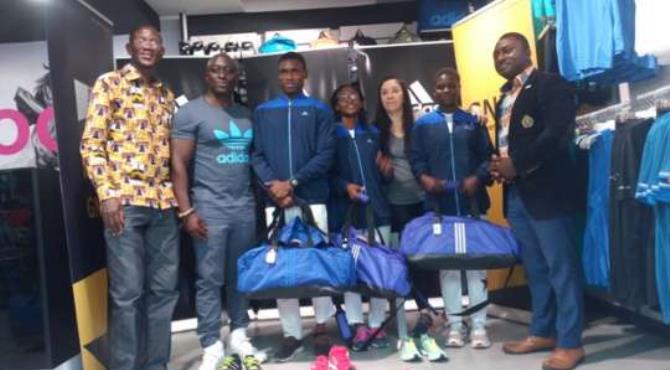 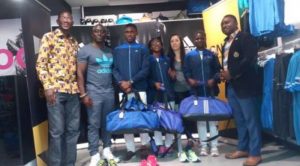 This is to help boost their confidence in the athletics competition and improve their performance.

Gifty is the fastest in the 100 and 200 metres categories, while Ida, over the years, has taken part in all Ghana’s Fastest Human (GFH) competitions since its inception in 2013, whereas Desmond was crowned the fastest University Student in all of Africa by winning the 100 metres at the All African Universities Champions, held in South Africa this year.

They are being camped for one year and would be placed on special diets, muscles development exercises and psychological development.

Mrs Valerie Fontanier-Ghajar, the Chief Executive Officer of Nutmeg Ltd, said Adidas was proud to be associated with GFH over the past two years.

She expressed the hope that the initiative would bring back Ghana’s glorious days in athletic competition.

Mr J. Ato Kobbie, the Senior Officer for External Affairs of the GNPC, said: “We at the GNPC are very happy to have arrived at this level of our relationship with GFH”.

He said the GNPC GFH this year had successfully unearthed new talents which would be developed to the fullest potential.

Mr Reks Brobbey, the GFH Founder, said although the trio were still in school, they were being camped and trained to develop their sporting talents to the fullest adding that sports was part of education.

He expressed the hope that the lesser known sports would take over football and raise high Ghana’s Gross Domestic Product (GDP) in future.

Desmond, on behalf of his colleagues, expressed gratitude to Adidas for the sponsorship and said they would train harder to lift the flag of Ghana at all levels of the competition.

The GNPC Speedsters Club, which is an offshoot of the GFH, is preparing the three Ghanaian youth for future athletic competitions at both local and international levels.

The GFH competition started in 2013 with the aim of reviving the sprint race in Ghanaian athletes and also to prepare them for the Olympic Games in 2020.