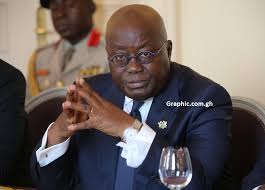 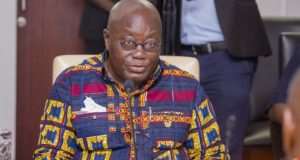 While extending condolences to the family of the deceased, the President said he expects the Police to bring the perpetrators of the act to book.

“I’ve learnt with sadness of the killing of Ahmed Hussein-Suale, an associate of investigative journalist, Anas Aremeyaw Anas. I condemn the act unreservedly, and extend my condolences to his family. I expect the police to bring to book, as soon as possible, the perpetrators of this heinous crime. Once again, my heartfelt condolences,” said the President.

The Information Minister, Kojo Oppong Nkrumah, speaking for government, also condemned the killing, saying the act must not be tolerated.

Mr. Oppong Nkrumah said the security agencies will intensify their efforts to bring the perpetrators to book.

Ahmed was reportedly killed by two gunmen on a motorbike who shot into the car he was driving.

Anas, in a message on Facebook announced the death, saying Ahmed was hit three times; twice in the chest and once in the neck following which he died on the spot.

This is the third of such an incident in which an individual has been shot and killed by unknown assailants where nothing was taken from the deceased.

The most recent case was the killing of the Public Affairs Manager of the Tema Port , who was found stabbed and killed in her bedroom last Sunday.

Prior to his killing, he was exposed by Assin Central MP, Kennedy Agyapong in the aftermath of the #Number12 exposé on corruption in Ghana football.

In a war of words with the investigative journalist in July 2018, Mr. Agyapong went on a show on the TV station he owns, the Madina-based Net 2 TV, and urged residents to beat up Ahmed whenever they saw him.

Citi News sources say he was the lead investigator of the Tiger Eye PI team in the Number 12 exposure on corruption in Ghana football.

He is reported to be the investigator who arranged the meeting with former GFA President Kwesi Nyantakyi in Ghana and abroad.

But no link has been drawn between the MP’s call to violence and the Wednesday evening murder.

Anas Aremeyaw Anas, in a video on his Facebook page, presented the announcement of his colleague’s murder within the context of Mr. Agyapong urging residents of Madina to go after Ahmed.