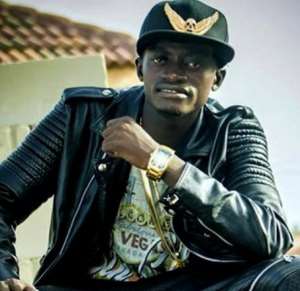 A self-acclaimed man of God, Prophet Micheal Kojo Poku, has said God has revealed to him in a vision that Kumawood superstar, Lilwin, will soon die.

According to the prophet, Lilwin can only stop his death when he reaches out to him for a serious deliverance session.

This revelation by the prophet was is contained in a report by GH Gossip.

Prophet Poku is said to be the founder and leader of Fire Time Prayer Ministry.

According to him, while was was preaching, the vision came to him, followed by a warning from God to organize a prayer session for Lilwin.

The prophet is quoted as saying: “I saw in a vision that Lilwin has died while I was preaching and God told me that, if prayers are not raised for the actor, he may die prematurely.”

“Lilwin needs to pass through a powerful deliverance session with me to be freed from the spirits of death hovering over him,” Prophet Poku added.

His so-called revelation is very alarming, and this has been the attitude of some self-acclaimed men of God, especially after the death of dancehall diva, Ebony Reigns.

Interestingly, they seen nothing else from God apart from death of only celebrities.

This is indeed an interesting time to be a Ghanaian.