Bedzrah: We want a solid Volta Region NDC for 2020 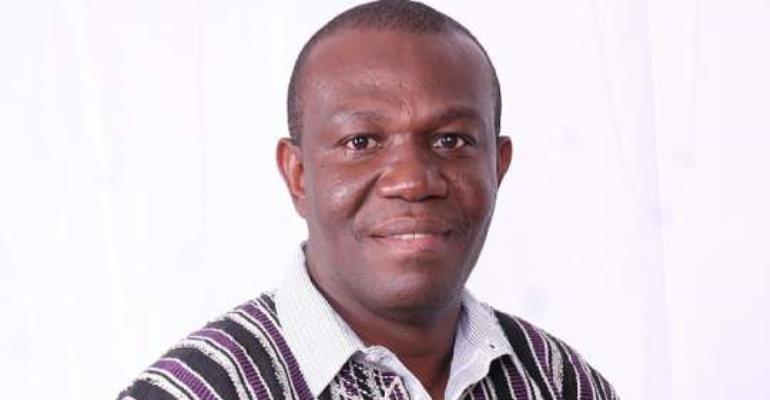 Accra, April 28, GNA – Mr Emmanuel Kwasi Bedzrah, Chairman of the minority National Democratic Congress (NDC) Volta Region Caucus in Parliament, has affirmed the determination of the caucus to rally members and party faithful for the re-organisation of the NDC as it prepares for Election 2020.

Describing the Krachi East Constituency, which lost the constituency seat to the majority New Patriotic Party (NPP) in the 2016 elections as ‘orphaned,’ Mr Bedzrah said the caucus was working very hard to regain the parliamentary seat.

Speaking to journalists, at the Parliament House in Accra, Mr Bedzrah said the caucus would strive to provide resources to keep the party active in the region and to reclaim the Krachi East Constituency in Election 2020.

‘I will make sure we get the constituencies back,’ Mr Bedzrah assured.

He corroborated an earlier interview with Mr James Avedzi, MP for Ketu North and Deputy Minority Leader that the caucus meant to give the constituencies in the region hope, and that all was not lost after the party lost its majority and the presidency to the NPP in the last elections.

Consequently, the caucus divided itself into four groups, which visited and interacted with party members and voters in the constituencies.

They assured them that the caucus would not leave them to their fate but would visit them every quarter and provide them with resources to keep party and hope alive.

In the case of the Krachi East Constituency, Mr Bedzrah said the loss of the seat demanded that party provided it with leadership and direction; hence the caucus would be in constant touch with the executives of NDC in the area.

It would also ensure that it kept the majority on it toes for a fair share of resources and development projects from the central government in the interest of the Krachi East Constituency.

Mr Bedzrah, who is also the Ranking Member of the Government Assurances Committee said some of the constituencies the groups visited were Ho Central, Ho West South Dayi, Krachi East, Krachi West and Agotime-Ziope Constituencies.

‘We were the people, as a group, to give an account of our presence in Parliament, since January 7, and we told them on what we have been doing in the last 100 days,’ Mr Bedzrah said.

He said the constituents were happy to see the MPs as a group, and not just one MP addressing them; and they were reporting back to them.

‘We told them that all was not lost, and despite being in the Minority, we have been doing our best to keep the Government on its toes. We’ll also ensure that the Government does what is best for the Volta Region.’

Mr Bedzrah said the caucus would soon organise a ‘thank you tour’ in Krachi East Constituency, during which it would engage in reconciliation moves to patch up differences that occurred among some party members during the last general elections.

He underlined the need for the party structures to be in constant touch with the grassroots and address seeming or real problem as part of the reconciliation process.

Also, there is the need to respect the executives of the party, and give them what is due, rather than all attention being focused on the youth, explaining that the two must complement each other to ensure the best for the NDC.

Mr Daniel Kwasi Ashiameh, MP for Buem, a member of the caucus, said the group explained issues about the party to the constituents, and ‘we also allowed them to speak their minds’.

He said: ‘We do not like being in opposition, and we are calling attention for all to work together for the benefit of the party.’

He advised all NDC MPs to work very hard, and partnering all stakeholders to retain their seats in 2020.