BREAKING NEWS
GMT+2 02:27
Home Showbiz Davido, Wizkid Slam Fan Who Tried To Cause A ‘Fight’ Between Them

Davido, Wizkid Slam Fan Who Tried To Cause A ‘Fight’ Between Them 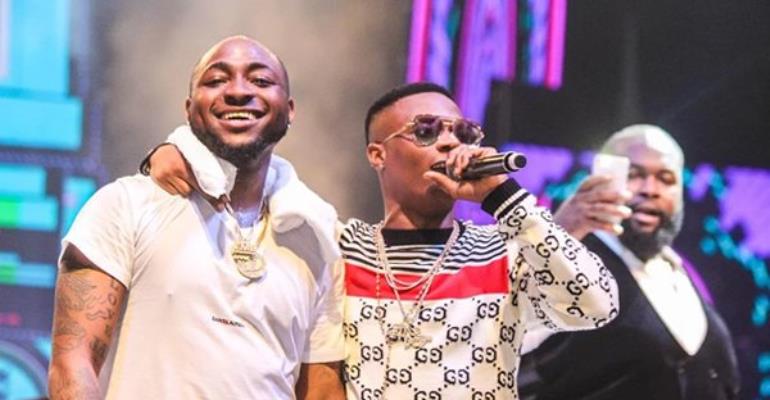 Nigeria’s top artistes, Wizkid and Davido on Thursday slammed a fan who tried to stir a dispute between them.

A Twitter user, @Starling vibes, had told Davido to stop having a good time and focus on coming up with hits like Wizkid.

He wrote: “Be living, loving and laughing while @wizkidayo drops another hit.

Davido in reaction shunned the fan, as he stated that he has no problem with making hits.

“Lmao baba go and sleep this is so last year .. and yea I’m sure the world knows by now say me I no get problem wen it comes to HITS!” Davido tweeted.

“forget dem Obo!” Wizkid replied
The bond between both artistes seems to be waxing stronger since they reconciled in December 2017.- dailypost.ng