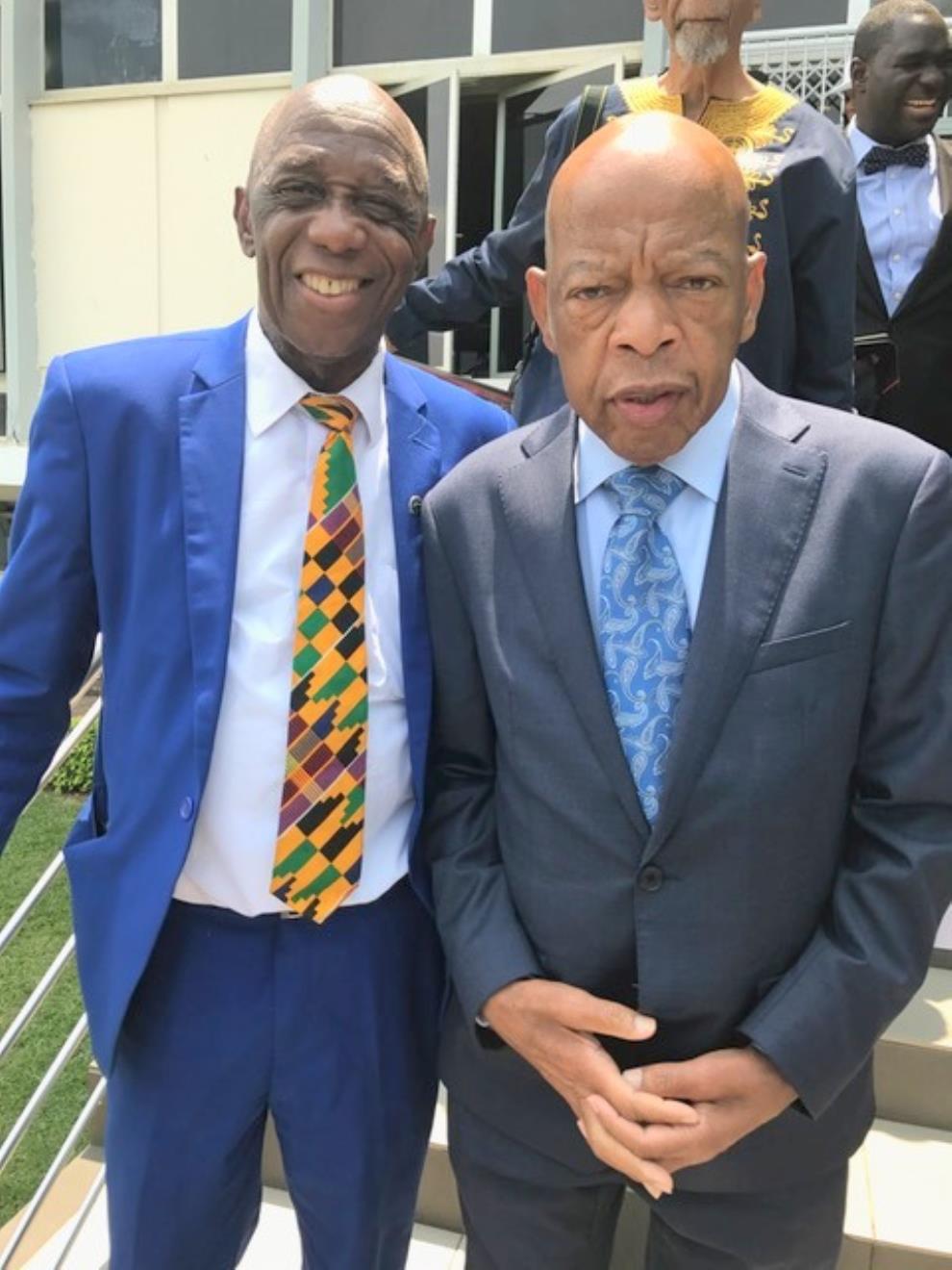 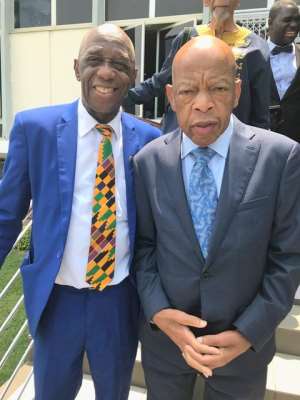 Dr. Thomas Mensah was also glad to meet his Civil Rights Hero and a friend John Lewis who lives in Atlanta where his Georgia Aerospace Company headquarters is located.

Dr Mensah thanked the speaker for selecting, members of her delegation from the Congressional Black Caucus members, who sit on very Powerful Committees in the US Congress for this visit to Ghana as part of the year of Return.

At Cape Coast, the symbolic gesture of washing her hand in water drawn from The Asin Manso River, where slaves had their last bath before reaching Cape Coast and going through the Door of No Return demonstrates her solidarity with Africans and African Americans. The delegation also included his friend Rep Hank Johnson also from Georgia.

Members and their Committees are Shown below.

This shows how serious the Speaker is about working with Ghana.

The World famous Inventor Dr. Thomas Mensah is also working on a 21 st Century Mid Passage Luxury Cruise Ship project starting from the Door of No Return in Cape Coast to Gore Island where the slaves were mixed up before retracing the path of slave ships in the Atlantic Ocean before reaching Charleston South Carolina where 50 % of Slaves landed.

Three Hundred Blacks will board the Cruise Ship from Cape Coast, Ghana consisting of 100 African Americans, 50 from the Caribbean Islands, 50 from Brazil and 100 from Africa.. They will travel to Charleston where There is a Slave Market Museum.

Majority Leader James Clyburn is leading a group to construct The International Slave Museum in Charleston. There will be 5 marriage ceremonies for those that got engaged as participants of the 21 st Century Cruise Ship from Ghana. The marriage will occur in the New International Slave Museum. This Project is described in his Book—The Right Stuff Comes in Black Too0- sold on Amazon.

Dr. Mensah will discuss full details of his project at the HACSA, -The Heritage and Historical Society Summit at Kempinski Hotel in Accra on the 9th of August. The Project is to bring healing to Africans in the Diaspora and Africans on the continent who were colonized after slavery. 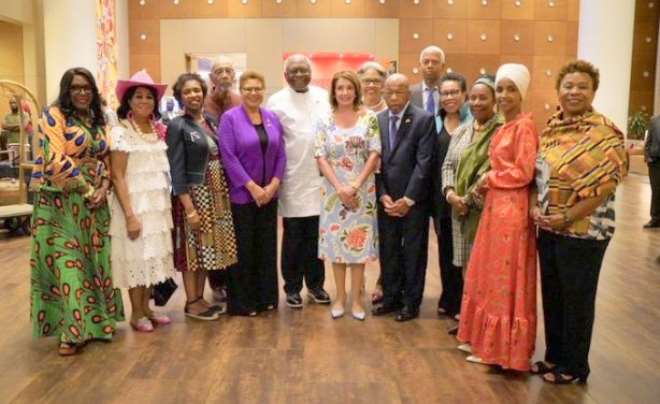