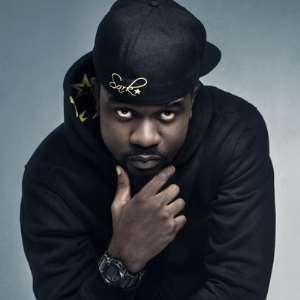 The grand finale of the Glo Mega Shows happening this Saturday, October 20 at the Fantasy Dome, Trade Fair Centre, is expected to throw up fireworks as some of the most notable titans of entertainment are set to set the city on fire.

The event parades some of the biggest names in the entertainment industry across the continent.

The event promoters, Glo Mobile, have lined up an enviable cast of artistes to perform at the show on Saturday. The artiste roll call is a strong indication that the event will be worthwhile for Glo subscribers and other friends of the brand at the event.

Performers already confirmed for Saturday’s show include Sarkodie, Davido, Wizkid, Stonebwoy, Patapaa, Yemi Alade and Flavour, for the music segment, while Gordons, Basketmouth and Foster Romanus are the stand-up comedians who will spice up the evening with some good dose of comedy.

The event is therefore a big combo which will have comedians and musicians sharing the stage in a befitting denouement to the high octane mega shows from Glo Mobile, which have engaged the city of Accra over the last three months.

Apart from the music and comedy stars, celebrated TV icon, RMD, music super diva, Omawumi, will both grace the event as guests of the brand while Ghanaian sensuous beauty, Juliet Ibrahim, will co-host the event with Gordons. Popular DJ Cuppy, who had a spectacular showing during the first Mega Music event on August 25, is billed to reappear to serenade her fans.

At Glo, the expectation for subscribers and friends of the brand to have a nice time on Saturday is high premium. The company’s Head of Business, Mr. Uche Ojo, has promised that the show on Saturday “will be the much expected icing on the cake as it will be the talk of the town for some time to come”.

Entry passes for the event can be picked up at all Gloworld shops in Accra and at select locations across the city such as Max Mart at 37, Accra Mall Silverbird Cinema, West Hills Mall Silverbird Cinema, Airport Shell, Shell Dansoman, Baatsona Total, SMICE Phone Shop at Kotoka International Airport and at Junction Mall at Nungua.