Majority Being ‘Very Dishonest’ With The Cash-For-Seat Saga – Muntaka 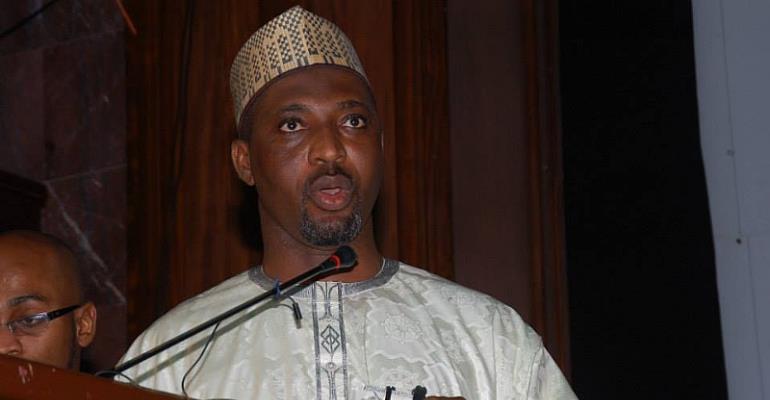 The Minority Chief Whip, Muntaka Mubarak, has said that members of the majority on the cash-for-seat Committee are being dishonest with the actual report of the Committee following its meeting with the various stakeholders to ascertain the veracity of claims of extortion at the Ghana Expatriate Business Awards held in December 2017.

According to him, the Majority side deliberately acted in a way to prevent the minority from capturing their views in the official report.

Speaking on Eyewitness News on Tuesday, Muntaka accused the majority of being “emotional” and trying to cover-up wrongdoing although there is evidence that point to wrongdoing.

Reacting to fallouts from the consideration of the ad-hoc committee’s report on the matter on the floor of parliament on Tuesday, he said, “they [majority] are always acting with emotions… Even if you want to cover up, cover up neatly. On what basis will you refer a committee’s report to the privileges committee?”

“They have started from day 1 with the mindset that they were not interested in what was going to happen. You can see clearly in the way they were asking the question when we appeared before them… When they did all these, you just have these tons of pages of witnesses’ verbatim extracts, you go into a committee and you don’t allow the clerk of the committee who has brought you summaries of the hearing through which you are supposed to do the draft report.. the chairman of the committee vanishes and appears with a draft report to present…. That is why I think the majority was very dishonest in their dealings,” he added.

Despite a walk-out by the minority over the debate of the report on Tuesday, the House considered the report and cleared the Ministry of Trade and the event organizers of wrongdoing.

The Speaker of Parliament, Prof. Aaron Mike Oquaye, however referred the report to the privileges committee.

It is unclear the reason for the referral, but some believe it is due to other developments such as alleged peddling of falsehood under oath by Muntaka during his testimony before the committee.

Meanwhile, Yaw Boabeng Asamoah, the spokesperson for the committee and Member of Parliament for Adenta, has said that the majority members on the ad-hoc committee is unfazed by the minority’s claims that its views were deliberately taken out of the report.

“He [Muntaka] has all the public space to continue spewing all the things they said before which they never substantiated.”

He added that his side is confident in the report it produced following the sitting.

Minority caused financial loss – Alan
The Minister for Trade and Industry, Alan Kyerematen, has suggested that members of the Minority who championed the recall of Parliament culminating in the setting up of a bi-partisan Committee to probe the cash-for-seat allegations have caused financial loss to the state.

He said the emergency recall of the house to discuss the matter was unnecessary as their claims were determined to be unsubstantiated following the ad-hoc committee’s work.

“It may be possible that the associated cost for recalling this may be a case of causing financial loss,” Kyerematen said on the floor of Parliament on Tuesday.