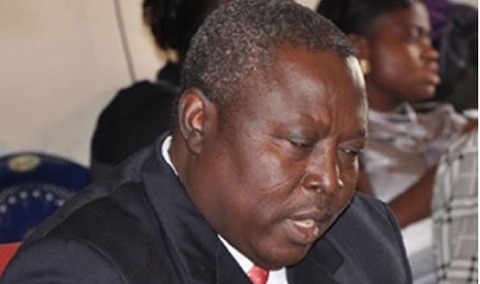 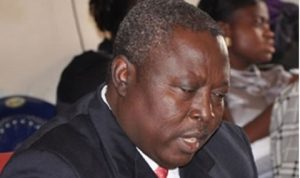 Former Attorney General and Minister of Justice, Martin A.B.K. Amidu, has repeated his description of the Mahama-led National Democratic Congress (NDC) government as ‘kleptomaniac looter.’ He has therefore, rallied the electorate not to hesitate in kicking President Mahama and his team out of office on December 7.

Mr. Amidu, who is a leading member of the ruling party but appears to have fallen out with it over widespread corruption matters, said that that would be the surest way of getting the NDC’s embattled financier, Alfred Agbesi Woyome, to refund the GH¢51.2 million he unlawfully collected from the state without any work done.

“Citizens, you have a choice to make. How much longer will we hear stories of inadvertence, mischief and connivance by an incumbent government that strips the Republic’s coffers bare so that ordinary Ghanaians must suffer financial hardship? Put Ghana first; and let us get our looted money back by voting the incumbent looter government out on 7th December, 2016,” Mr. Amidu aka Citizen Vigilante, charged in a statement released on Sunday.

Reacting to what he called “spurious allegation” leveled against him by Mr. Woyome, the former AG said it was clear that the Mahama-led government is solidly behind Woyome to keep the money and also making him (Woyome) to unleash attacks on him.

He said President Mahama has personally been accusing him (Amidu) of falsehood when he (president) should have known that he (Amidu) was never part of the decision to order the payment to Woyome, saying if the government had not been complicit in the whole matter, it would have come to his defence when the embattled NDC financier attacked him in the media.

Mr. Amidu said there was no way he would have authorized the payment and that subsequent investigations, including the Sole-Commissioner’s report (for which the government issued a White Paper) as well as the Supreme Court, confirmed the fact that he had nothing to do with the transaction.

“I heard him allege that I ordered or authorized a September 2011 payment of the loot which the Ministry of Finance paid to Woyome by transfer into his accounts. These spurious allegations are untrue and symptoms of mental exhaustion and stress coming from the lootee of the public purse.”

Mr. Amidu said, “One would have expected that if the lootee Woyome was not the surrogate of the incumbent looter government, then the incumbent government would have come to my defence because it accepted the Commission of Enquiry report in a White Paper. Instead, in his interviews on television and radio, the president continues to accuse me of falsehood and goads Woyome and his ministers on to insult me via the electronic media for defending the Constitution.

“It is clear where the incumbent government’s support lies in the Woyome matter. The lootee, Woyome, and the incumbent looter government succeeded in their aim to do whatever it took for the Supreme Court to reverse its decision and order dated 16th November, 2016 in preventing me from examining Woyome orally on oath on 24th November, 2016. Woyome did not only file an application to discharge or reverse the order for his examination at 9.52 am on 23rd November, 2016.”

He said Mr. Woyome followed this up by filing at 1.30 pm an application for the stay of proceedings “to disable me from examining him the next morning,” adding, “It was not accidental that the government which argued against my application to examine Woyome orally on oath, on 10th November, 2016 was this time round made the 2nd Respondent in surrogate Woyome’s applications. Common sense makes such tricks quite obvious to the ordinary person.”

Citizen Vigilante said that Woyome’s outbursts on radio appeared to be “contributions of someone who is mentally exhausted, extremely tired and frustrated, and his comments ought to be ignored.”

“However, the files on this loot of the public purse by the incumbent government for its lootee and surrogate, Woyome, are in government custody and one expects a dignified government to have told the public by now that its surrogate is pathologically adverse to the truth, especially when he associates me with any payments of the looted public purse or any proposed interest. The incumbent government knows this is untrue, as its own Commission of Enquiry has found.”

Mr. Amidu said although he had severally responded to some of the allegations, “The media and the public are being hoodwinked by Woyome’s outburst and the incumbent government’s overwhelming silence to set the records straight.”

“The fact remains that the people of Ghana are enduring economic hardships now because of this incumbent looter government of the public purse. I entreat fellow citizens once more to read between the lines and come to their own justified conclusion that the only way the Republic and the people of Ghana can get their looted Woyome money back is to vote out this kleptomaniac looter government and president on 7th December, 2016.”