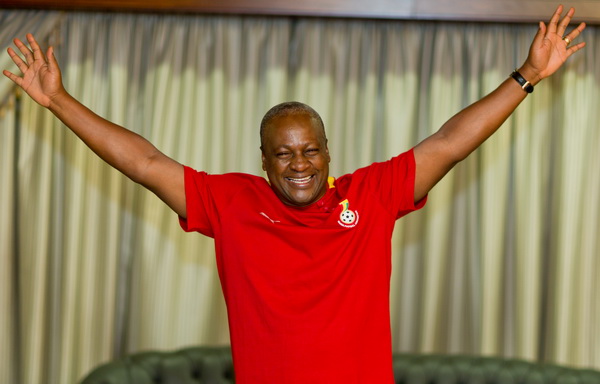 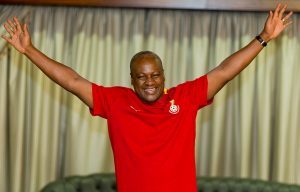 John Dramani Mahama was born on 29 November 1958 and is a Ghanaian politician who has been President of Ghana since July 2012.

He was the Vice President of Ghana from 2009 to 2012, and he took office as President on 24 July 2012 following the death of his predecessor,
John Dramani Mahama who incidentally is also the fourth “John,” to ascend the high office of the President.

President John Mahama was born on November 29, 1958 at Damongo, in the Northern Region of Ghana.

He is a communications expert, historian, writer, former Member of Parliament and Minister of State, and immediate former Vice-President of Ghana.

He ascended to the high office of President following the death of the incumbent President John Evans Atta Mills on Tuesday, July 24 in Accra.

President Mahama’s father, Mr Emmanuel Adama Mahama was the first Member of Parliament for the West Gonja Constituency and the first Regional Commissioner of the Northern Region during Ghana’s First Republic.

After completing his education, President Mahama went on to pursue an additional postgraduate diploma in social psychology at the Institute of Social Sciences in Moscow, and returned to Ghana from 1991 to 1996.

He worked as Information, Culture and Research Officer at the Embassy of Japan in Accra.

He moved on to work with PLAN International, Ghana, as International Relations, Sponsorship Communications and Grants Manager.

An eloquent champion of the underprivileged, President Mahama was first elected to the Parliament of Ghana in 1996 to represent the Bole/Bamboi Constituency for a four-year term.

In April 1997, President Mahama was appointed Deputy Minister of Communications. He rose to become the substantive Minister of Communications by November 1998; it was a position he held until January 2001 when the National Democratic Congress (NDC), which was then the ruling party, handed over power to the newly elected New Patriotic Party (NPP) administration when the NDC lost the December 2000 elections.