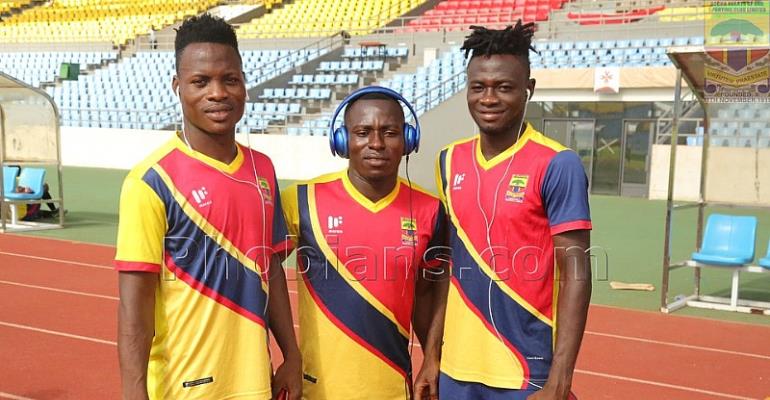 Hearts of Oak were held to a 0-0 draw by a disciplined WAFA side at the Baba Yara Stadium on Thursday.

In reality, it was a game of two halves as the Phobians failed to make their first-half dominance count.

The Phobians started the pressing game quite early and started bombing the area of the academy boys.

In the 25th minute, William Dankyi-making his debut for the Phobians-made his way into the WAFA area and delivered a cross which found Isaac Mensah but his connection was shockingly wide.

On the half-hour mark, WAFA goalkeeper Prince Ato Bilson, who was handed a start with Richmond Ayi suspended-pulled off a great save to parry out Joseph Esso’s connection after good play from Winful Cobbinah.

Before the hour mark, Joseph Esso squandered a glorious opportunity could not turn in Cobbinah’s low cross from the right but the striker-unmarked-shot off target with his connection.

To be fair, the pass from Cobbinah was behind him but still, he could have improvised.

WAFA were stronger and tactically disciplined in the second stanza.

In the 65th minute Umar Basiru had a juicy chance but his connection on Atte’s cross from the right back too weak to beat goalkeeper Ben Mensah.

Seven minutes from time, Richard Danso entered the box and released a shot from his left foot but Mensah went down in time to deny the substitute from scoring.