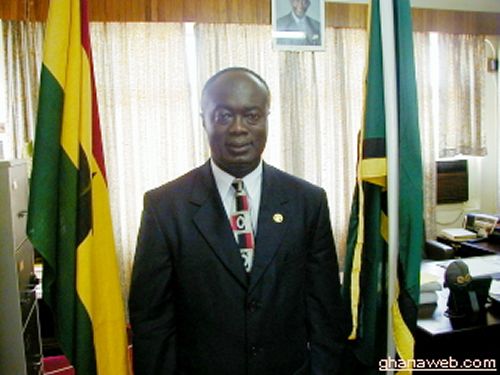 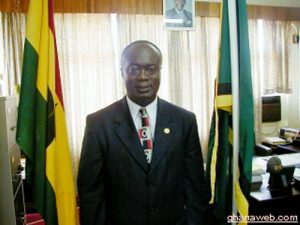 Pursuant to comments by a Former Member of Parliament for Asokwa, Maxwell Kofi Jumah, to the effect that a 100-day ultimatum issued by Coalition of Concerned Teachers (CCT) for the restoration of teacher trainee allowance by the incoming government is ridiculous, the New Patriotic Party (NPP) has officially responded.

Acting General Secretary John Boadu who describes his comments as totally unacceptable, adds that Mr Jumah does not speak for government and appealed to the teachers not to take his comments serious.

“We are sorry about that. I don’t think the party will tolerate that at all. Kofi Jumah does not speak for government. We plead with Ghanaians and teachers, whatever promises we made will be fulfilled,” John Boadu said on an Accra-based radio station

The Former Deputy Local Government Minister and Rural Development described as ridiculous the call by the Coalition of Concerned Teachers (CCT) on president-elect, Nana Addo Dankwa Akufo-Addo, to restore teacher trainee allowances within its first 100 days in office.

Reacting to the coalition’s call, Mr Jumah said it was unfair on their part to give the incoming NPP an ultimatum.

“Nana Akufo-Addo made a promise and it spans for four years. But to put a gun to his head and give him an ultimatum of 100 days, that is what, is ridiculous. If they know how to give ultimatums, I think that they should redirect their ultimatum to the previous government,” he stated.

After series of criticisms, he apologized for the comments and shared his apology on his official facebook wall.

“My friends, thanks for your advice and direction. It was never my intention to attack teachers as a whole. Indeed I am very much aware of the overwhelming support that the NPP got from teachers. I went overboard and I sincerely apologize for that. I was caught off guard. And it was very unfortunate. I sincerely believe Nana will deliver on his promise to our teachers and to Ghanaians. Once again accept my apologies”