Reign Concert: I knew Shatta Wale would Snub Us – Stonebwoy 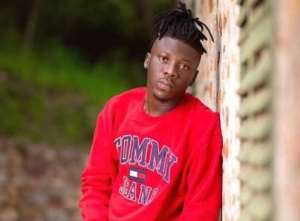 His comment comes after reports that he (Stonebwoy) and Samini wanted to perform at Shatta Wale’s “Reign” concert but unfortunately they were not allowed after hours of waiting at the Fantasy Dome, Accra last weekend.

Meanwhile, artiste’s manager for Zylofon Media Bulldog has come out to explain that, the two musicians were not allowed to perform due to security reasons.

Interestingly, Stonebwoy who seems not convinced by the explanation from Bulldog has narrated his side of the story.

According to the “Most Original” hit maker, he knew Shatta Wale would never allow them to perform at his “Reign” concert but he just wanted to give it a try perhaps he would have change of heart, but it didn’t happen”.