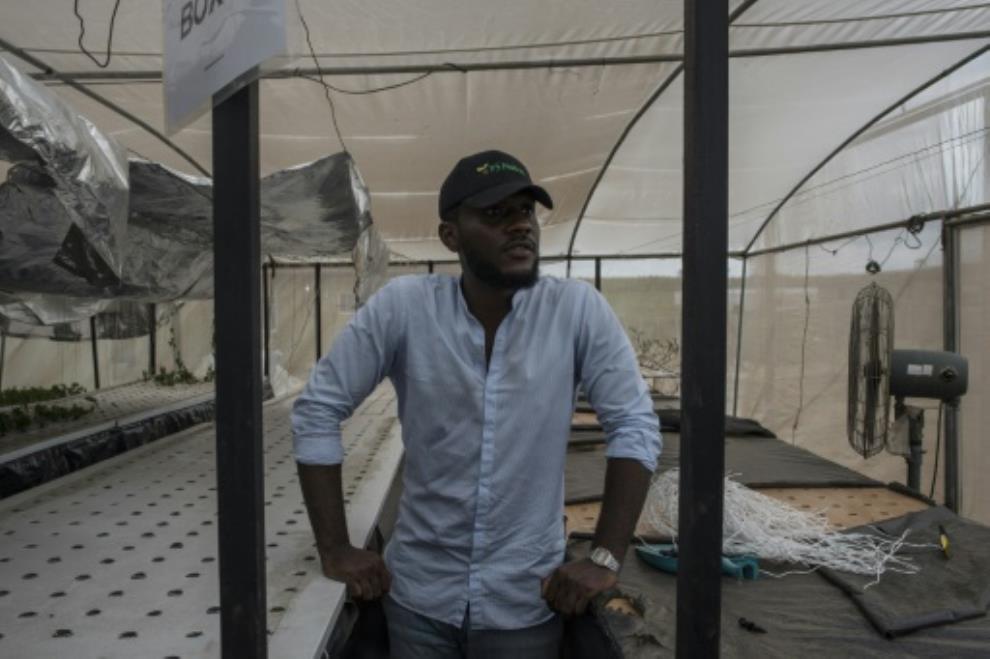 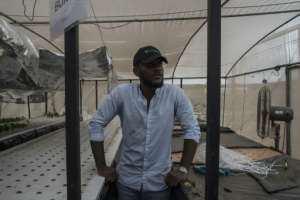 Okocha cut his teeth in his family’s shipping and logistics business, then decided to forge his own path. By STEFAN HEUNIS (AFP)

“Come, I’ll show you what a potential billion dollars looks like,” said P.J. Okocha, opening the door of a small, modern house in southern Nigeria to reveal a thousand yam seedlings.

“These thousand plants can make three million seeds,” he said, with a broad smile.

Okocha cut his teeth in his family’s shipping and logistics business, then decided to forge his own path.

He identified Nigeria’s agricultural sector as one of enormous potential where he can make the most impact. Today, he is a pioneer in hydroponics.

“I always knew I wanted to invest in agriculture but I didn’t know exactly what I wanted to do,” he told AFP.

“One day, I saw an agro-researcher on Twitter. I contacted him, and said, ‘Hey bro, let’s change the world together’.”

His pitch hit home. In a few months, their company PS Nutrac was born. 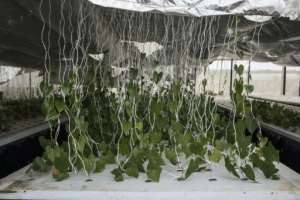 Tens of thousands of yam plants grow without soil, suspended in water in special greenhouses. By STEFAN HEUNIS (AFP)

One afternoon in June, young PS Nutrac employees were training a group of old local farmers on a new organic variety of yam.

Farming communities have been gutted by an exodus of young people for big cities to carve out a living, said Chief Awufe Ademola, who is in his 60s and owns eight acres (3.2 hectares) of land.

In rows before him, the old farmers sat with curved backs and calloused hands.

“With the average age of the African farmer hovering just above 60 years of age, it’s imperative for the new generation to delve into farming,” said Okocha.

“Nobody wants to do the conventional standing in the hot sun, and sweating and labour that comes out with that, therefore to combine it with data, technology and automatisation, it makes it more attractive.”

Nigeria, which is home to more than 180 million people, is under pressure to produce more food. By 2050, it is expected to become the third most populous country in the world.

After the discovery of oil in commercial quantities in the 1950s, Nigeria’s prosperous agricultural sector suffered a precipitous decline as successive leaders and investors switched focus entirely.

Decades have passed and with the collapse of the railway network, agricultural goods now have to be transported by truck on crumbling roads. 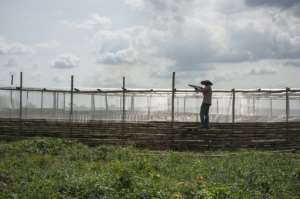 Nigeria, which is home to more than 180 million people, is under pressure to produce more food. By STEFAN HEUNIS (AFP)

There are not enough storage sheds; those that exist are mostly not refrigerated; and there are few processing plants.

That means huge amounts of produce go to waste in a country so fertile it can grow everything from avocados to cashews to corn.

For example, about four million tonnes of citrus fruits are produced annually, according to US Department of Agriculture figures for 2009.

But up to 60 percent goes to waste before getting to the final consumers in urban centres.

“Opportunities in agriculture are beyond the imagination,” said Buffy Okeke-Ojiudu, the proud owner of a 200-hectare (495-acre) palm oil plantation in the southeast.

“The future billionaires in Nigeria will be people investing in agriculture, tech and renewable energy, which are sectors that can create employment, not like the oil sector,” said the 34-year-old, whose grandfather was Nigeria’s first minister of agriculture.

Making farming profitable is not easy, though.

The main problem for businesses is access to bank loans, which attract high rates of interest compared to other countries in the region.

“Access to finance is a big issue,” Okeke-Ojiudu said, adding that banks ask for large amounts of collateral and charge double-digit interest rates for agriculture ventures.

“So today, the people who are investing in this sector are already wealthy, already connected.”

Okeke-Ojiudu was educated in the United States and England. Seyi Oyenuga also spent most of his life between Chicago and Washington before coming to his father’s homeland.

Three years ago, he swapped life in the construction sector to settle in Oyo, southwest Nigeria, and started a farm.

On the four-hour drive from Okocha’s farm, women pound dried cassava along the road.

Nearly all the farms surrounding the sleepy villages have been abandoned.

But a farming revival is taking place at Oyenuga’s Atman Farm, where he is busy repairing tractors to plough the cassava fields.

“We have to use old-generation tractors because people here only know how to operate them,” he said, dressed in a John Deere cap, blue gingham shirt and a keffiyeh around his neck.

Oyenuga learned everything from scratch, including how to negotiate with local leaders to acquire property deeds, to teach employees the metric system and how to use tractors.

“We learned the hard way,” he said, speaking under a relentless sun after fixing up the tractors side by side with his staff.

This year, he hopes to plant cassava on 400 hectares — five times the area of his first harvest last year.

It is just the start. Ultimately, he wants to cultivate 2,000 hectares within 10 years.

“It’s really been exciting, I’ve been able to do things that I’ve never imagined or thought were possible,” he added.